If you love wine. British Columbia is one of the best places in the world.

When planning a trip, small towns don’t often make the list, but if you go to British Columbia and only stay in the big cities, you’ll be missing out on some truly breathtaking scenes.

Tourists planning trips to Canada always think they’re going to see massive mountains, raging rivers, towering trees, and other nature alliterations and clichés. Although that can all be seen in B.C.’s large cities, wandering inland to spend 24 hours in the Fraser Valley will get you up close and personal to what Canada is best known for; nature.

Canada’s history is generally not contained in museums. To find Canadian history you have to wander outdoors, and one example of that is the Hope Slide. In 1965, the side of the mountain gave way killing four people in a rock slide – two of whom were never found. The rock slide covered a lake that used to lie at the base of the mountain but left behind some stunning views.

The slide is a short drive from Hope, and once you get there, you’re not limited to the parking lot. You’re allowed to walk amongst the rocks, and explore, so bring some good walking shoes!

One thing some travelers do is try to recreate some Inuit art, called inuksuk’s. They’re little rock statues made to look like people, so feel free to leave your own temporary mark on the Hope Slide by building your own inuksuk.

Next drive north of Hope to an area called Hell’s Gate, there’s an airtram that crosses the Fraser River. Make sure you book your tickets online before you go for a 20 percent discount!

The airtram goes across a stretch of the Fraser River, which Simon Fraser referred to as the gates to hell when he was exploring in 1808. One look down in the river below the airtram and you can imagine why! The river, while no problem for modern rafting companies that have tours through this stretch, would have been difficult to navigate for early explorers.

The airtram ride itself only takes five minutes, but once you’re on the other side, there are many different things for you to explore and do. From the café and fudge factory, to the museum and suspension bridge, there is no shortage of fun things to do while visiting Hell’s Gate.

One last thing to do in the Fraser Valley is a short, but beautiful, hike. If you head to a community west of Hope, called Floods, there’s a 20-minute hike to the base of a waterfall that is full of amazing things to see.

The hike may not look promising when you first see it. You’re just off the highway, and there’s a wall of bushes hiding the path. But once you’re on the path, every step of the way is beautiful.

Just behind that misleading wall of bushes, the path is lined with moss-covered trees and follows a stream, which slowly drowns out the noise from the highway as you make your way towards the waterfall.

The hike is just as beautiful as the waterfall itself. Not only are the views amazing, but the smells are also amazing. Smelling the air that has been filtered by the surrounding plants has no comparison if you’re used to the air in big cities.

The Fraser Valley is a unique experience with breathtaking views, odd history, and hidden gems around every turn. It is well worth at least 24 hours out of your B.C. holiday.

So, take a break from your big city vacation, and enjoy the laid-back life offered in B.C.’s small towns. 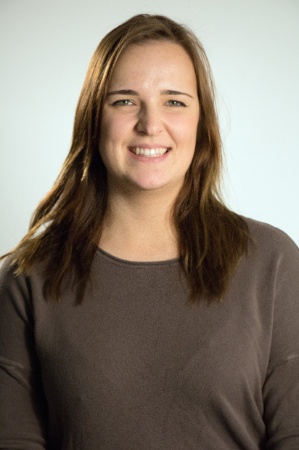 Day 8, 2017 – Islands of Adventure and the Hogwarts Express

I Almost Got Shot In Italy

Getting a History Lesson at the Bajra Sandhi Monument

Our Pesto Pizza at Sacred Ground in Bali

Incredible Places To Eat In Paris