Our Incredible Day with the Komodo Dragons and Snorkelling Pink Beach

So today has been a relaxing day. Not much in terms of activities. But, we have gone swimming for the first time, put down two sets of deposits for future cruises, and are three times at the waterfront restaurant. 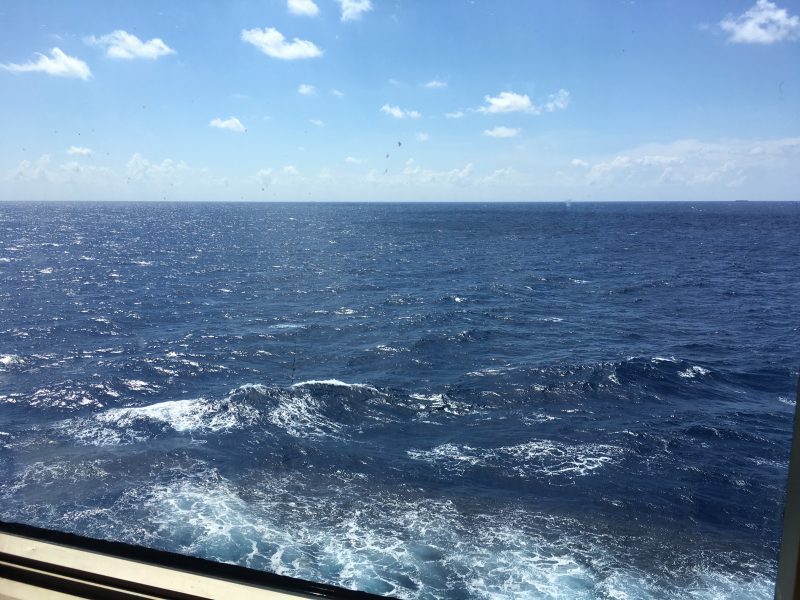 So the morning started off at around 8 am. Up and breakfast at the waterfront. We ended up sitting with a couple who live on the Sunshine Coast. Retired but love going on cruises.

We didn’t get any photos from breakfast by Tina had a frittata that was more like a pancake. I, however, had a three egg omelet with ham, cheese, and mushrooms. It was nice, and a light way to start the day.

We have loved our cruise so much; hearing about the benefits of booking on board filled us with joy.

So we went away from this and went to get a couple of quotes for future ones. Yeah, we looked at three in total, coming to a total of around $15,046 (£8,360). Certainly, something to ponder over.

It was a dip in the adult only pool; while in the pool, we looked into the cost of doing this on our own against cruising. It was very quickly evident that the cruise to the South Pacific islands would be too much to fly and see. Whereas cruising was a much better way of seeing them.

So that was one cruise down. Leaving the 15th August 2017 for 18 nights from Brisbane to Brisbane.

The second, however, was again from Brisbane and went to other areas of Asia. 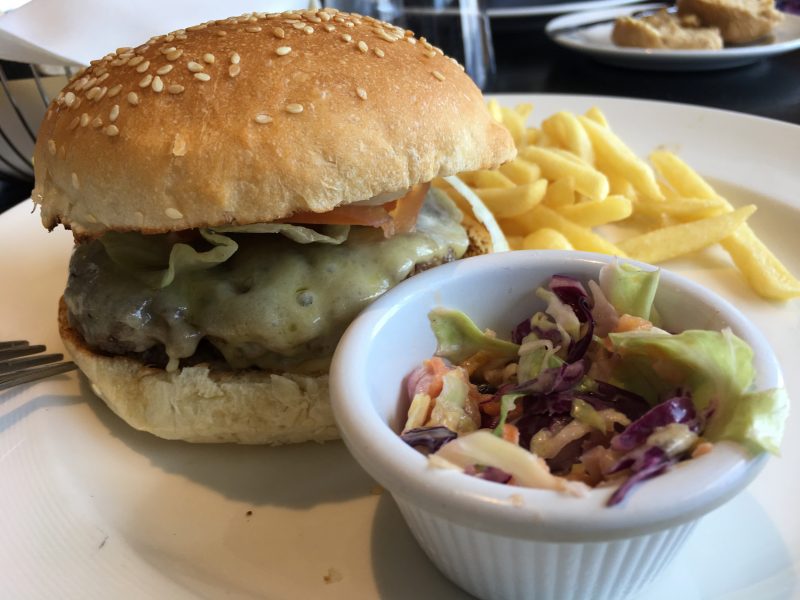 LUNCH AT THE WATERFRONT AGAIN

So we sat down to lunch, on a table where there were already two people have just sat down. Looking very uncomfortable they asked to move so that they could have more privacy.

If you wanted privacy, pay more money and get a cruise that offers private dining. We had the loveliest of ladies join us, Bev and Rose. I fancied a burger from the menu, as I’d eaten on from the pantry before and it was not great. However, a nice fresh one was good.

THE RESULT OF FEEDBACK

So we had written some feedback the previous evening while dining at the waterfront. It was not great; the dessert was set with so much gelatine that’s all you could taste

As an apology for the meal not living up to our expectation, we were given a small handful of little desserts.  Now, these were yum! 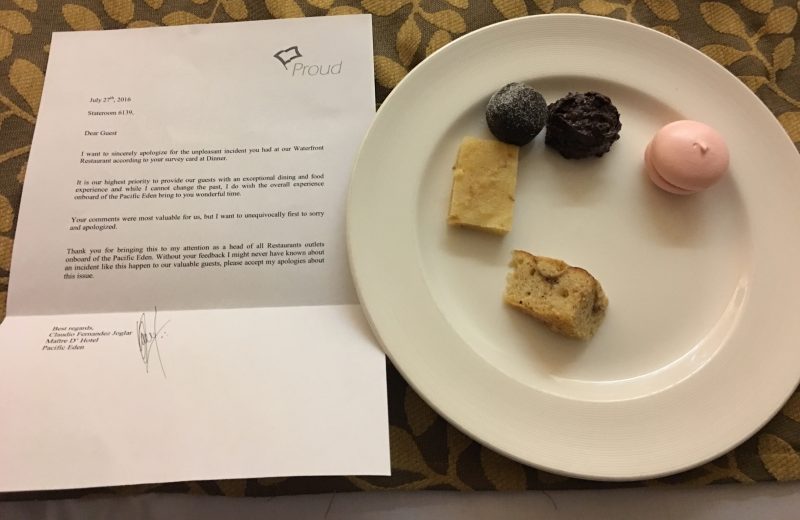 DINNER WAS A MIXED BAG

The starter was excellent; it was a potato and fish cake with a warm salad. The main, however, as it was Hawaiian night decided to go for the baked pork. The sauce was vile, and the rice had this weird taste.

Tina was pissed because she was going to order butter chicken but choose the baked pork same as me.

We had to hurry as we had The Velvet Rope to watch.

The Velvet Rope was the final show to be performed by the onboard entertainment cast.

Set in the 1920s based around Vics. A family bar that is in need of renovation due to a leaky roof. This show is about half acting and half singing. Which was a nice change compared to the other three shows.

Well we sucked, it was all based around Australian artists. So I think we managed to get 4 points out of 30.

However, the quiz wasn’t a complete washout. As Tina finally got her burnt lemon and a vanilla margarita. For $15 it was a tad steep and not overly great. But it was an experience none the less.

Tomorrow is all about Jakarta and the safari and botanical gardens. 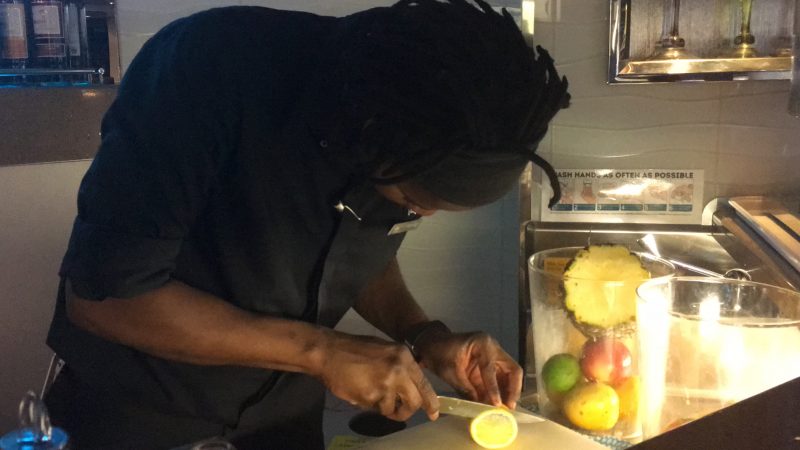 The Secluded Lulworth Cove in Dorset

A Slice of America at Smokeys of Brighton

The Best Way to get Cheap Data While Traveling.

OMG… OMFG… The Doctor Who Experience in Cardiff

Victoria Lodge and our Thermal Hot Spa in Rotorua