Ooo Bali, but not with this Swell

Getting Ripped Off for Currency Exchange in Lombok

With the Dragon Lady being just one of the two speciality restaurants that are included in the fare we had to try her.  She turned out to be so good we visited again on our last evening.  Because of this, instead of detailing both visits we will just tell you about our experience and the dishes we sampled (oh we were little piggies on our second visit).

Boasting some incredible foods, Dragon Lady is all about the Australians love for Asian cuisine.  Giving you a taste of Chinese, Thai, Indian and Japanese.

These were on the table when we first arrived.  The first time we didn’t have any dipping sauces, but the second time you had a selection of dipping sauces I can’t recall the flavours nor were they on the menu.  The second visit was better; they had a crunch whereas the first visit was a bit soggy and felt sorry for themselves. 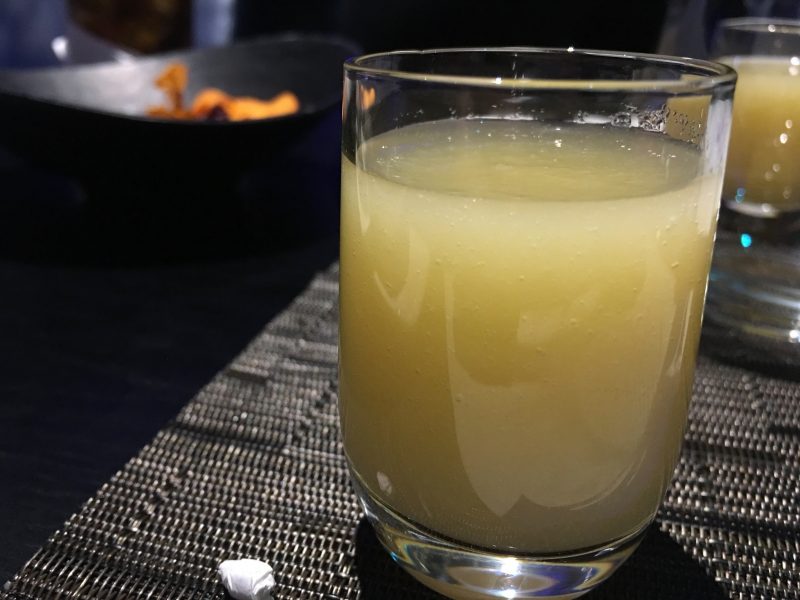 Great, two portions.  Just the right amount to share between the two of us.  These were firm and packed full of prawn and sweetcorn.  You can see from the picture that they look just as delicious as they were.  The only downside if you can find one, was that they lacked a tiny bit of seasoning for me.

Ok, so these were not hot when they arrived.  Also, the duck inside was tough, but having said those negatives.  OMG, how incredible were they.  I was not willing to share the other one with Tina that’s for sure.  I didn’t try the lime and mango yoghurt as I am not a fan of mango.  But it was missing a nice healthy portion of Hoisin sauce.

We sampled the rice paper rolls on our second visit.  Filled with bean sprouts, mint and coriander all matched with a plum and ginger sauce.  There was not much flavour in the rolls themselves, which is why Tina ate hers (she hates coriander (cilantro for our American friends)).  When you put a little bit of the sauce with it, it lifts it a tad.  But it is not something I would order again, and certainly wouldn’t have been happy to pay for in a restaurant back on land.

Right straight off the bat, the peanut sauce.  Was from a jar, it was not your traditional satay sauce we have experienced on street vendors in Asia (or back home for that matter). The sauce just coated the roof of your mouth and was not pleasant.  Which was a shame, because we both love a good satay sauce.

I had only ever had beef cheeks before in the Ronda mountains in the south of Spain.  They were delicious then, and they were delicious here.  The only difference was the mandarin and orange dust that came with the dish.  The steamed Pan Choi was underneath the beef itself.  The Beef cheeks along with the chicken satay was the only dish we went back to for our second visit (this time we were not disappointed.

We thought we would try this; Tina is not a fan of the mushroom texture, but she doesn’t mind the flavour.  But when they came, hmm.  They were not great, if you like the taste of Shiitake, then I can imagine them to be nice.  But for us, I forced down one and Tina had half of one.

The waitress noticed and asked if we didn’t like them.  We had to explain that Tina doesn’t like mushroos, and I just didn’t like the taste.  At least now we know, anything with shiitake mushrooms in to avoid.

Mmm, soft shell crab.  I had only eaten soft shell crab since we have been in Australia and New Zealand.  When it came up on the menu, we just had to try it.  I would go as far to say it was the best so far.  You just take one bite, and the crispness of the crab is immediately followed by a juicy flesh.

Again having to share this with Tina, I would have happily devoured the whole plate. They were only small crabs but nonetheless, with the chilli sauce made for me.  The dish of the restaurant.

So that was our dining experience at the Dragon Lady on the P&O Pacific Eden.  Out of this and Angelos, I would certainly pick this one again and again over it.