Mmmm, Some of the Best Churros we have Ever Had at Cafeteria Churreria

A Hole in One at the Adventure Golf at Chichester Golf Club in West Sussex.

The Impressive Durham Cathedral in the North East of England

Godiva chocolate cafe is tucked away on the 4th Floor of Harrods north side.  We were advised to go there by My (Lees’) mum and sister who came over to visit from Australia a few years ago.

Got there and wasn’t sure why but it was dead, I mean we were the only two people in there.  We will explain why later on, but was took a seat at the bar and looked at the menu.  Straight away I was blown away by the prices they were charging, milkshakes for £7.00 or ice cream milkshakes for £7.50.

We were on holiday and needed to have a cold drink after the near 30oc.  I have a milk chocolate milkshake and Tina has a white chocolate ice cream milkshake.  All of a sudden the chap making the milkshakes came over and said sorry we do not have any whipped cream is that ok, I will top up your glass with more milkshake instead.  We certainly didn’t mind that.

Then the milkshakes turned up

Oh actually god, I have never had a milkshake like it.  It was thick and was just like chilled melted chocolate.  Along with the the little disc of dark chocolate was heaven in a glass.  Then having tried Tina’s I was regretting not having an ice cream one (was informed that all ice cream was made onsite, so you will not get the same ice cream anywhere in the world). 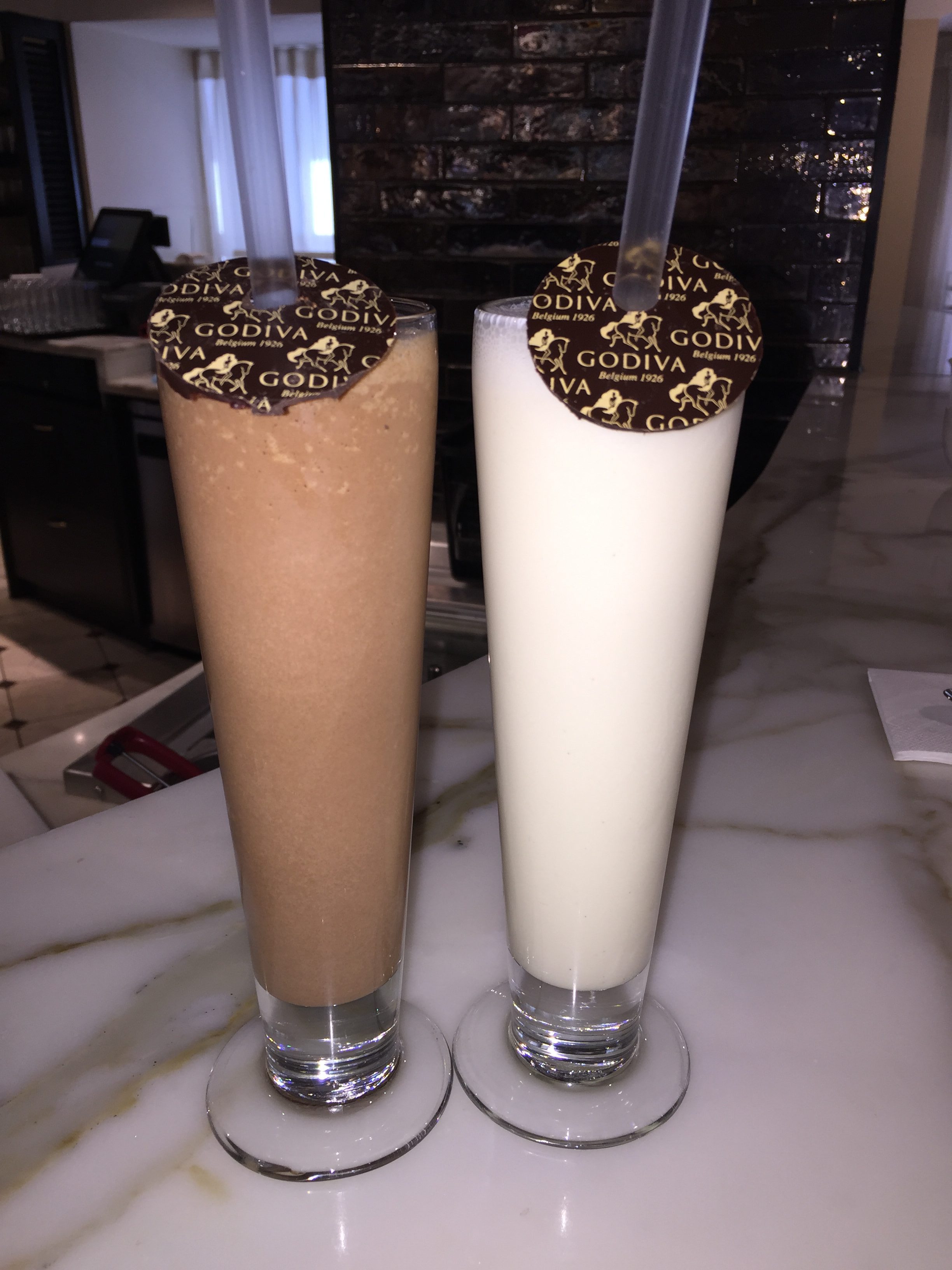 Then out of nowhere, the waiter who served us brought over a selection of 4 truffles.  We had no idea what they were but he later informed us that they were his favourite ones.  They must have been the best as he would know surely!  The truffles alone should have cost in excess of £8.00 just for those 4!

A Tour Along The West Coast with Unique Visions Tours

The Tibooburra B&B on the Australia West Coast

Angus Steakhouse at the Benalmadena Marina

Some of the Best Chocolate Ever Tucked Away in Godiva Chocolate Cafe in HarrodsGodivas really is somewhere you go to over indulge. Yes, the prices were over the top. But you are in Harrods eating and drinking some of the best chocolate you will have anywhere in the world. We feat that had the price been more affordably, the food quality may have suffered.
49,896FansLike
17,617FollowersFollow
19,940FollowersFollow
584FollowersFollow
7,423FollowersFollow
95SubscribersSubscribe