So we had a good night sleep, the ship stopped rocking which was nice. Up again before the alarm. Quick shower, and off to breakfast. I was looking forward to it more today now I have found my sea legs. So, a mini fry-up poached eggs on muffins, bacon, sausage, and beans.

It was not the best at all! In fact so much so I couldn’t eat it all. The beans were hard, sausages anemic and the bacon joined together. As you can see below.

So we looked at the Pacific Daily last night and quite fancied the bingo. When we go to get the books, that’s $30 each sir. What the fuck!!! This was going to be the only time we play this game on this ship that’s for sure.

But before any BINGO, it’s trivia time. Let’s hope we do better than the 6/20 we got yesterday.

……what a waste of time that was. Only five games. First, two were one line, second two were two lines, and the final one was for the full house. Hardly worth the $30 each. 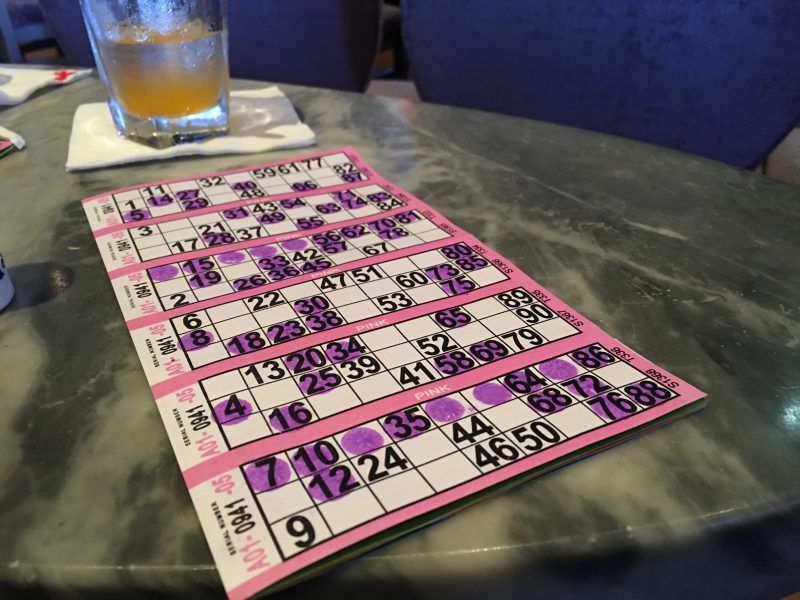 The marquee was pretty packed to watch this guy; it was all slight of hand.  Seeing how he uses his ability to manipulate the cards to have them exactly how he wants it.

Followed by a game of Scrabble, I won by just a few points. I’m not sure if some of our words, were words but had fun none the less. 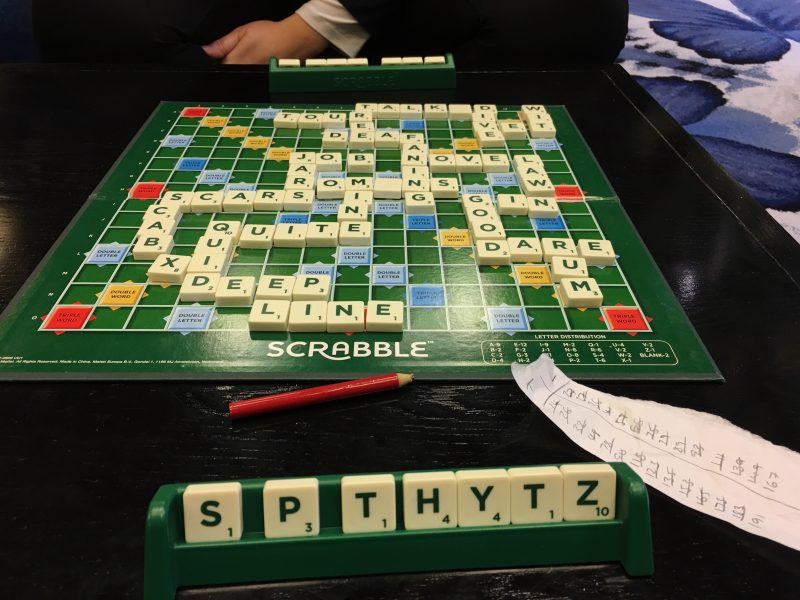 I was looking forward to trying something slightly different. But that didn’t happen. So it was a dry ¼ chicken with potatoes, runner beans and some salad with balsamic vinegar. It was ok, but the chicken was mostly bone on Tina’s plate.

After the small plate, I was still hungry, so it was to the Mexican place to grab a wrap. With roasted peppers and onions, two pork tenderloins (which did have quite a bit of fat on it) with some lettuce and cheese. How could I forget the salsa? Oh well, next time.

Below that is a Boston creme cake, which had the texture of a Victoria sponge. Not great, and most was left.

SHOWTIME, BOTH OFF THE CHARTS AND THE SIT-DOWN COMEDY

We were not entirely convinced about the show performed by the production team. The two lead vocalists were excellent. However, the lead female should not have attempted Adele. It was okay until the high notes were attempted, and she really should have tried and made it her own a bit.

You did have a few performances where it was just dancing and mimed vocals. 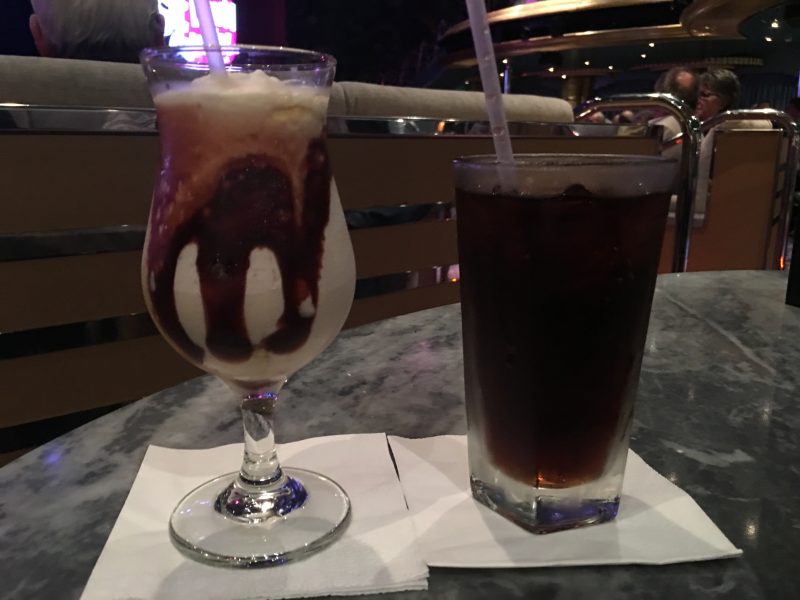 It was an hour between the production show and the sit-down comedy. It was the only performance by Bev Killick, so was packed. Also being an R-rated performance we knew it was going to be incredibly blue.

She didn’t disappoint. It was an incredible hours performance.

A great way to end our second day onboard the P&O Australia Indonesian Explorer.

Our Night At The Dortmunder U And Trying To Learn German

Can Driving Whilst Travelling Enhance Your Travels?

Our English Roast Down in the South of Spain

The Best Way to get Cheap Data While Traveling.

The Most Amazing Umii Japanese Restaurant in Sydney