Chuckles Chippy Down in Christchurch, Dorset

The Highly Dissapointing Fire and Stone in Covent Garden, London

I had read that Fire and Stone had some of the most amazing pizzas in London, and after looking at their menu online and seeing that pizzas were named after cities of the world it was a no brainer that on my birthday 29th we were going to go there.

Our good friend Ryan was in London so came along, Fire and Stone have a couple of locations around the UK but the one we went to was in Covent Garden.  Of course over the weekend of Pride was mentally busy and were we didn’t know what time we would be arriving didn’t make a reservation.  This is where it gets interesting, the host said they have a 45-minute window between sittings so we could probably get a main and that’s it. 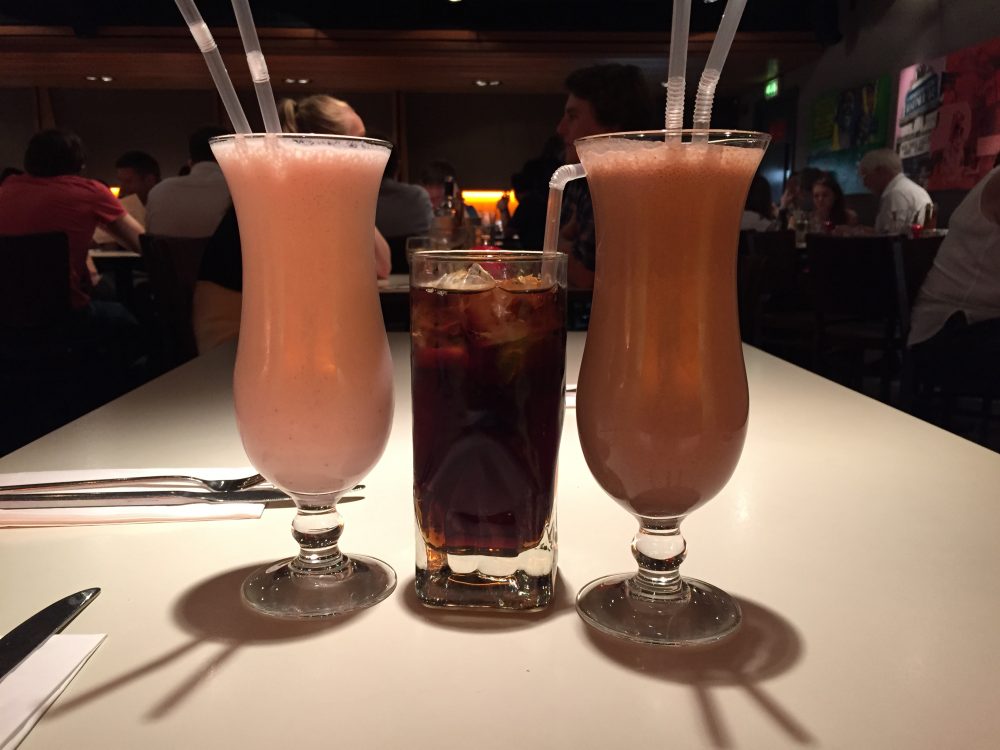 So we sat down, and no word of a lie 20 MINUTES later and our drinks order was taken, it was another 10 MINUTES before our food order was taken.  Really not happy with this we decided to ride it out.  Once the food did arrive it was very nice, but more on the food later.

We quite fancied a dessert, but because the drinks and food order was not taken until half an hour after we sat down we didn’t have enough ‘time’ before the next table was due to be coming down to sit and eat their meal.   Luckily this was the manager who had come over, so we advised him that we would have if the drinks and food was taken within a few minutes of sitting down.

He decided that as a way of apology he comped our drinks and then gave us 50% off the mains. 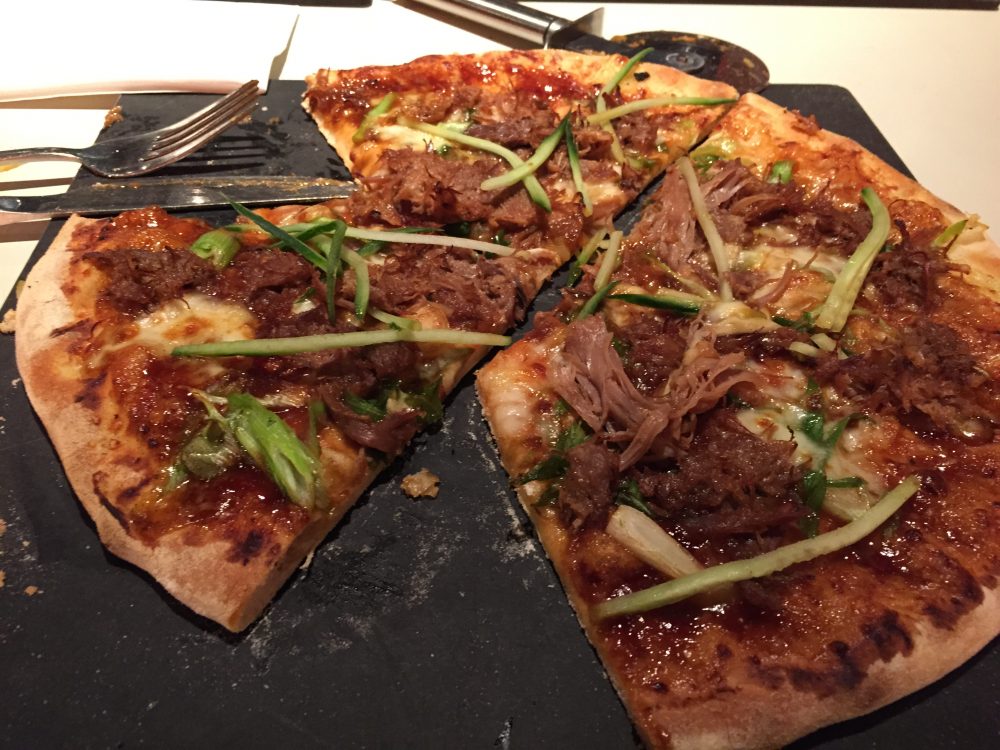 Well all 3 of us had different pizzas, I had the Peaking Pizza which was topped with duck, spring onion (scallion for our American readers), cucumber and hoisin sauce.  It was just like eating duck pancakes from the Chinese but on a carb base.  (oh I must add that you are meant to get pizza cutters but I guess out of the 3 of us I wasn’t allowed).

The Impressive Durham Cathedral in the North East of England

The Magnificent Ruakuri Caves in Otorohanga

ICELAND: The One with All the Fire and Ice

The Cairns Crystal Cascade… Well Worth The Visit!

The Highly Dissapointing Fire and Stone in Covent Garden, LondonTina had the New York pizza, which had bacon and potato cubes with a tomato base.  I (Lee) of course finished mine in the time allocated to us by the front hostess.  I had wished though I had savoured the pizza more as there was just enough hoisin sauce to not make it to over powerful. Fire and Stone is certainly not somewhere you want to go if you have any time limitations. Even if they say they can fit you in.
49,896FansLike
17,617FollowersFollow
19,948FollowersFollow
585FollowersFollow
7,423FollowersFollow
95SubscribersSubscribe