The Hare and Hound Mexican in Brighton

Dirty Blonde, both me and Tina collectively have walked past there countless times.  But have never really noticed it, until one day we just stopped, took a look at the menu and realised that it a restaurant.  We just had to go and sample the goods on offer.

We didn’t have the time there and then, but it was a few weeks ago now that we decided to pop in and try what they had.  It was relatively early and the place was pretty empty (perfect opportunity to see how they perform when its not busy).

We had both looked at the website prior to arrival and had both had a good idea of the meals we would be having.  I quite fancied the Don but feared that the eyes would be bigger than the belly, so settled for the Pork and Chorizo Burger and Tina the Southern Fried Butter Milk Chicken.

Upon ordering i don’t know if it is customary but i went to the bar and ordered the drinks and food, to which he brought them over.  After asking for a lemonade i was expecting a pint or large glass but instead received what appeared to be a tumbler glass with 1/3 full of ice.  Not one to moan about it we then waited patiently for our mains, they arrived in good time and they looked delicious.

The coleslaw looked extremely pink in colour but was actually was quite nice.  mixing that with the beef dripping fries (Lee) and the Sweet potato fries (Tina) and it added a new texture but didn’t take away the flavour of the chips themselves.  As you can see from one of the buns, it was a tad charred but you couldn’t taste it (Tina’s words).  However although the chicken appeared to be fresh and not frozen the seasoning with the coating appeared to be lacking for her taste.  Especially on Tina’s plate she said the best thing was the sweet potato fries, crispy yet not soaked with fat, well seasoned but still retained some of the sweetness the sweet potato gives. 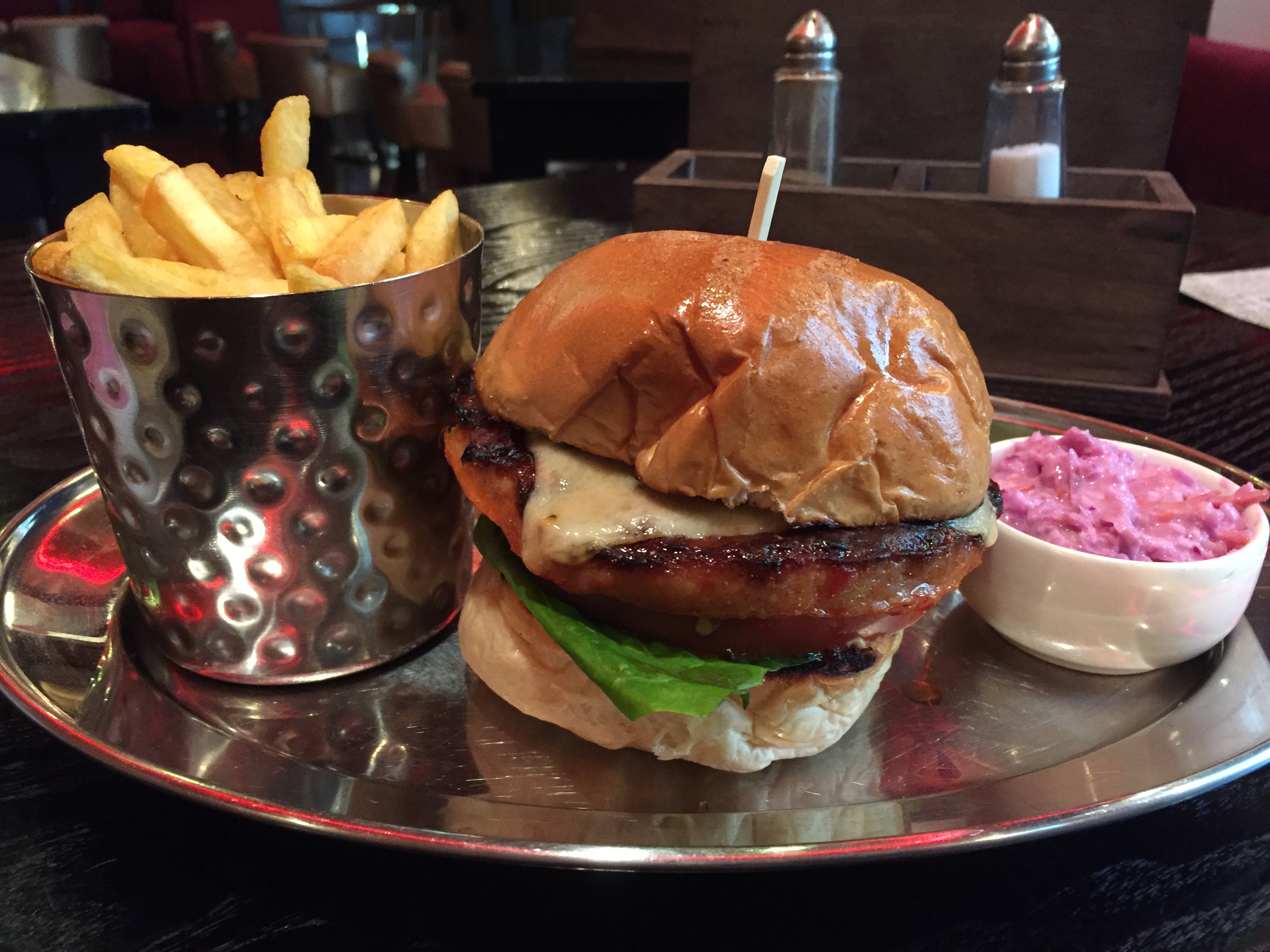 The Pork and Chorizo Burger was incredible, the first bite left my forearms dripping in the burger juices which although uncomfortable added so much flavour to the meat itself.  My bun was perfect, had just the right amount of time on the griddle to give the bun some structure when stuffing your face and stopping it from falling apart.  I had to question the beef dripping chips as i was expecting them to be dripped in beef dripping before coming to the table.  But OMG, i’m so glad they weren’t.  It was the taste of the dripping that won me over,  i wasn’t expecting it to be as prominent, mixed with the slaw meant for the most delicious chips i have had in a while.

Although it was not busy, it gave us the opportunity to thoroughly enjoy the interior decor.  As you can see in the images, this place is certainly not something you would expect from the outside.

We would advise if you are in the Brighton area and down near the Brighton Pier do not do what we did for months if not a couple of years and miss this great place.

‘The Young Know Everything’

The Day I Visited The World’s Most Notorious Jail