5 Years Lee Had Waited for his Hogs Breath

The Stunning, Yet Exhausting Walk to Jourama Falls

We parked up in the there rather large onsite car park and headed on into the main arena. We had basic tickets that were included as part of a package deal, and as it was Lee birthday, we decided to take the upgrade of $30AUD each and have the full experience.

We were handed a straw cowboy hat with either a red or a blue band on it and our pictures were taken in front of a green screen. Very mysterious but we continued into this barn-like structure with a lot of the historical memorabilia on the walls, we headed straight to the bar to collect of free pre-dinner drinks (a part of the upgrade) Both Lee, and I choose the house cider, it was lovely and even better being complimentary. 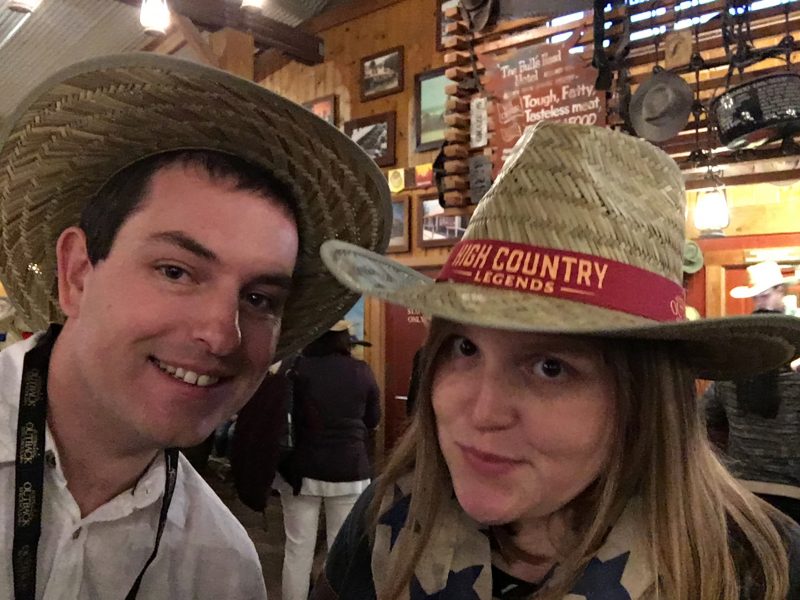 As we waited to go into the main area, we were serenaded by a country singer and it was an excellent way of getting us in the mood for the show ahead.

We made our way to our seats, we sat in blocks, imagine a cinema type setting but all enclosed with tables in front of us. We were all set for the dinner and a show. For starters we had pumpkin soup with croutons, it was thick and delicious. The show started, and we met the characters as the came into the arena.

I am not sure what I was expecting with the show; it was filled with some very talented people, but I have to admit I got lost a little in-between the video’s segments and the live show.

For dinner, we had steak and mash with vegetables, not that I could see it as it was dark but it did taste good but still, it was weird eating things you could not see. Pudding was an apple pie with cream, and although I thought it was all right, Lee was not that impressed at all. We did have table service all night which was awesome; the unlimited drinks on offer were soft, and some alcohol drinks too, like beer and cider. 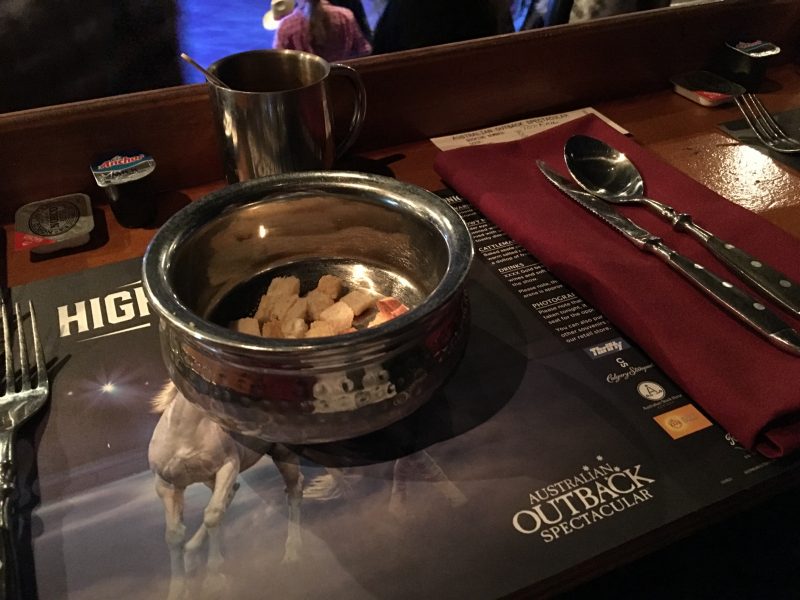 The audience participation parts were a good idea but maybe it was just our crowd but they that great at joining in, it seemed a little forced, but I think the kids in the audience enjoyed it.

Overall it was a good night; we got a souvenir photo, and we even got to keep our funky straw hat too.

Around the World in 90 Minutes with Phileas Fogg

The Very Disappointing Freakshake at The Depot in Newcastle

Spanish Tapas.. in Australia at the Maria Donkey Tapas Bar